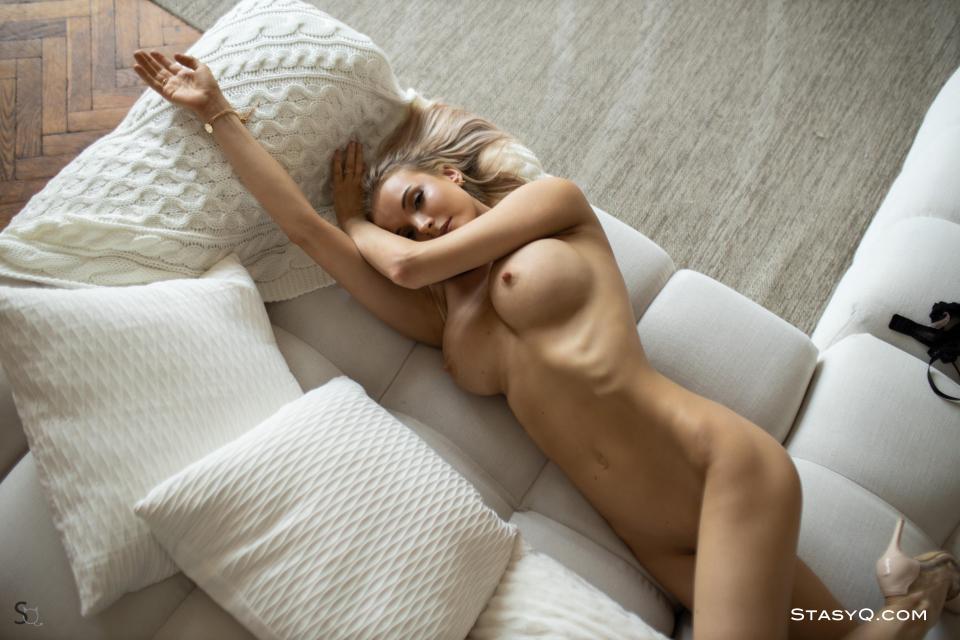 We know you've been asking for it, so it's finally here. A brand-new StasyQ release featuring a sexy hot blonde babe. This time around, it's a new girl with her debut video! She's called BerylQ and she's one heck of a bombshell. This Russian hottie has everything you could ever dream of in a blonde. She's got beautiful blue eyes and silky blonde hair, as well as the perfect ass and tits. This debut BerylQ release 420 is just amazing to watch, and Said Energizer made sure to create a masterpiece with this one. It's a cozy atmosphere, and the girl starts the video off wearing a coat. After taking it off it is revealed that she was hiding the sexiest black lingerie underneath. Don't worry though, she'll lose that too, leaving only her hot body for all to see. Check out her exclusive erotic nudes and the full video!